Until the event will be thrown off with the opening match Germany vs Cameroon in Jurack’s hometown Leipzig, she will analyse the four groups of the preliminary round. The composition of those groups were solely in her hands, as the 39 years old mother of two sons conducted the draw in June in Hamburg, the hosting city of the final weekend.

In the final part of her analyse, Grit Jurack todays talks about group D, carried out in Leipzig, where hosts Germany will lock horns with the World and European championship runners-up Netherlands, the 2013 World Championship silver medallists Serbia, the Asian duo China and Korea and Cameroon.

Cameroon: Like for everybody in this group, Cameroon is quite unknown to me. They have their second ever World Championship ahead and I guess they will be taught some quite tough lessons. I do not think that they can play a major role at this tournament.

China: Compared to Korea, the Chinese team is weaker though the players are physical stronger than the Asian champions. I always ask myself why in a huge country like China the interest in handball is not bigger. I believe China will fight with Serbia for the fourth spot and the ticket to the eighth-finals.

Serbia: The new coach has added fresh blood to the team and the fact that former IHF World Player Andrea Lekic played for Serbia during the EURO qualification matches in November can be a sign for the World Championship. She can make the difference, but I am still sure that Serbia for example cannot endanger Germany. Thanks to the bigger experience and Lekic’s individual class, Serbia will make it to the knock-out stage.

Korea: The previous World Championships and Olympic Games have proved that Korea is not that strong anymore as they were before. I am curious to see, how they will play in Germany, as this tournament is a post-Olympic one and traditionally, Korea use those tournaments to build a new team. The Korean players are highly skilled and educated, they have a great fighting spirit, and it will be interesting to see how they compensate their height disadvantages. In general, the Asian champions will definitely make it to the eighth-finals.

Netherlands: Thanks to their new coach Helle Thomsen, who has the ability to make her players give ten percent more than usual, Netherlands are my personal favourite on the trophy, After losing two European and World championship finals against Norway in a row, they want to take revenge and strike back now – and maybe the time has come this year in Hamburg. In my opinion, the team dressed in Orange are supposed to top this group, I am already looking forward to seeing the final group match against Germany. Having Tess Wester between the goal posts, the Dutch side have an advantage, as I am sure that the crucial matches will be decided by the goalkeepers.

Germany: I guess the German team cannot be angry on how I drew their group. Coach Michael Biegler has done a great job in the previous months, as on many positions now you have three, sometimes even fore equally strong options. It is a pity that my successor oin the right back, Anne Hubinger, is ruled out for the tournament by a severe injury. Due to the advantage of playing at home, the dream of making it to the final weekend in Hamburg can come true. I would love to see this boost for the future of German women’s handball. 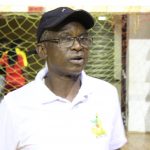 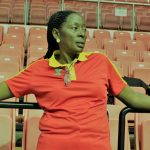 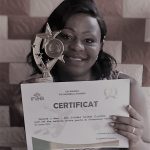